On June 30, 2020, Paxos CEO & Co-Founder Charles Cascarilla testified to the US Senate Banking, Housing and Urban Affairs Committee at its hearing “The Digitization of Money And Payments.” The full written testimony submitted to the committee is below. Watch the recorded session, which includes questioning from the committee’s senators, here.

A few highlights from Charles’ testimony include:

HEARING BEFORE THE UNITED STATES SENATE COMMITTEE ON BANKING, HOUSING, AND URBAN AFFAIRS

“The Digitization of Money and Payments”

Testimony of Charles Cascarilla, CEO and Co-Founder of Paxos

Chairman Crapo, Ranking Member Brown, and members of the Committee, thank you for the opportunity to appear before you today. My name is Charles Cascarilla, and I am the CEO and Co-Founder of Paxos. I’ve spent my career in financial services as an analyst, investor and entrepreneur and have experienced the shortcomings and systemic risks of our financial market infrastructure. I therefore started Paxos to modernize the financial market infrastructure that our economy relies on every day. We believe it’s important to create a more transparent and open financial system which better fosters and achieves customer inclusion and market competition. One that is built for a digital age, that runs 24/7, where money and other assets can be transferred instantaneously in a trustworthy way.

From the beginning of this ambitious mission we committed to doing things the right way: ensuring that customer assets would be protected to the highest possible extent. In 2015, after years of dedication, we became the first trust company approved to manage cryptocurrency and blockchain-based digital assets by the New York State Department of Financial Services (NYDFS) under New York Banking Law. We are held to the same standards of banking regulation as banks, custodians and other financial institutions. These include capital and other prudential requirements, annual supervisory exams, and full compliance with federal and state anti-money laundering and illicit financing requirements including the Bank Secrecy Act to prevent use of our platform for financial crime.

We believe stablecoins and adoption of a Central Bank Digital Currency (CBDC) are critical to our financial infrastructure and maintaining our nation’s leading economic position. Additionally, a global dollar-backed stablecoin or CBDC should be based on the principles of free markets, private property, privacy, freedom of speech and economic empowerment. These principles have always driven America’s growth and are even more achievable and valuable in the open, knowledge economy.

How Stablecoins Can Address Systemic Issues in the Financial System

We believe stablecoins can address the systemic issues that exist in the antiquated plumbing of our financial system. We must update this architecture for a 21st century world where commerce happens in real time; we can no longer rely on a system that is only available for a few hours, five days a week, with long delays. Consumers and institutions alike are held back by the inability to have timely access to their own funds because of settlement delays in bank transfers, international wires and other activities that can take over five days to settle. This makes it difficult to manage other payments with any kind of predictability. On an economy-wide scale, this creates a complex daisy chain of loan obligations and unnecessary intermediaries.

We need to build a system that can fully support the velocity of our internet-centric, digital economy, and we must enable everyone to participate in it. Critical to this upgrade is the foundational asset of the economy: money. It is time to re-evaluate our very concept of money and what it means for money to be digital, and we see stablecoins as being the next evolution of the dollar. We define stablecoins as tokens that represent existing dollars one-to-one on a blockchain. They are a simple but powerful technology that can allow for much greater access to the financial system. We see three urgent reasons it is imperative for the United States to pursue a digital dollar strategy:

Why are we restricting the unbanked – typically a demographic already at a disadvantage financially – to old-fashioned, analog systems and preventing them from participating fully in the digital economy? By design, blockchain-based stablecoins (like the ones Paxos issues) allow everyone to have equal access to digital wallets and digital dollars, just like with physical cash. The simplest wallets can be set up as easily as email accounts; other than applicable regulatory requirements they do not require extensive paperwork and there is no notion of minimum balances. Stablecoins can build an ecosystem that supports the disadvantaged, reducing disparate impact such as onerous fees imposed by high cost checking accounts, overdraft fees, predatory loans as well as check-cashing and cross-border remittance fees.

As an example, today, financial assets can be the most expensive assets to move. This is why many stores will not take credit or debit cards for transactions under five or ten dollars, and ATMs charge exorbitant fees. Conversely, the cost of moving assets across the blockchain are de minimis and would allow the movement of a millionth of a penny at the same cost as a million dollars.

The Design of Paxos Stablecoins

Today, Paxos powers three of the top six stablecoins in the world. The Paxos approach to building stablecoins shares many characteristics with other blockchain-based, dollar-backed stablecoins, but also has several distinguishing features. There are three categories in particular I would like to focus on: technology, regulation and privacy.

Our stablecoins are based on the Ethereum blockchain, so anyone with a smartphone or Internet access can send and receive stablecoins through any Ethereum-based wallet software; there are many different options available and all are interoperable, similar to how people can send emails to each other while using different email providers. Rather than relying on banks or private networks, transactions execute directly between the counterparties. This allows for transactions to run more securely, 24/7, nearly instantaneously and for just a few cents per transaction regardless of transaction size.

When people want to move dollars into stablecoins or vice versa, they go to Paxos, the central issuer and redeemer. We offer tokens tied one-to-one to dollars with zero fees or limits in near real-time. We also enable creation and redemption through APIs so that technologically-advanced customers can use a more automated process. The technology and operations we have built around our stablecoins ensure that the tokens in existence never exceed the dollar reserves we hold.

To date, Paxos-issued stablecoins have already supported $189 billion worth of transactions.

In addition to our company being regulated, the issuance of each of our stablecoins is also regulated by the NYDFS. The NYDFS approved the design of our tokens and, through ongoing regulation and supervision, it ensures that we follow the approved operations and procedures so consumers’ assets are protected.

These design elements include ensuring that our stablecoins are always backed by dollar reserves held in instruments guaranteed by the full faith and credit of the US government (such as Treasury bills), with a small amount held in FDIC-insured bank accounts to help facilitate redemptions while minimizing commercial banking risk. It is important to note that our stablecoins are not competitive to the dollar in any way; we do not presume to add or subtract from the dollars that are in circulation. Rather, our stablecoins represent real dollars. All of our bankruptcy-remote stablecoins in circulation represent dollars that we hold fully segregated in custody and cannot be used for any other purpose. Additionally, third-party auditors review and publish attestation reports monthly, attesting to the match between the balances of stablecoins in circulation and dollars in reserve.

Importantly, however, when users come to Paxos as a point of distribution to create or redeem stablecoins, they are reviewed in accordance with Know Your Customer and Anti-Money Laundering regulations. This is how we can carefully monitor enterprises and consumers to ensure high regulatory compliance standards. Additionally, we utilize transaction monitoring technology as an anti-money laundering measure, and proactively cooperate with law enforcement when we observe suspicious activity. These systems create the opportunity for greater oversight and supervision over businesses than cash, while maintaining privacy on an individual basis.

We deliberately designed our stablecoins to maintain the privacy and open access of physical dollars, while decentralizing the ledger. Central Bank Digital Currencies could follow the same design.

A Central Bank Digital Currency (CBDC) is a digital version of fiat money issued by a government authority such as either a Central Bank or Treasury. This would be another form of US dollar money, but potentially with the characteristics of a stablecoin. This is a powerful mechanism by which the Federal Reserve could drive greater innovation in the financial system through openness and transparency.

It is important for this Committee to deliberate over the impacts of key design decisions regarding privacy and anonymity, such as: how much of the details of private transactions are disclosed and to whom. The answers vary widely depending on design choices, including if the digital currency is an account-based versus token-based system. The implications of these decisions are important to weigh as they could lead to various adverse effects, such as discrimination based on spending habits or other data privacy abuses. Likewise, there are questions about the level of openness and access: should only banks have the ability to interact with the Federal Reserve or could other institutions, payment companies and even consumers? Could consumers and businesses be able to make peer-to-peer transactions, similar to physical currency, without an intermediary?

Ultimately, the best mechanism to answer these design questions is to allow experimentation in a safe way. The right regulatory policy would be analogous to what we did with the internet—enable innovators to experiment and iterate with different implementations of this technology within a flexible regulatory framework based on systemic impact. This could lead to the most effective implementation of a digital dollar driven by success in the marketplace of ideas and customer usage.

For example, one approach could be allowing non-bank organizations to hold deposits at the Federal Reserve and allowing them to be distribution channels. As an example, the Bank of England today allows direct participation to its payment system by authorized non-bank payment service providers. Similarly, this concept has been applied to the Federal Reserve in the Peterson Institute for International Economics proposal for the designation of ‘digital payment providers’ (DPPs) that widens the types of private institutions that hold deposits at the Fed while maintaining the Fed’s oversight. This type of approach has proven powerful and effective in numerous other industries and projects.

Having multiple types of organizations authorized to distribute CBDCs could potentially create another avenue for transmission of funds such as Economic Impact Payments, particularly to Americans who lack bank accounts and steady income.

Reaffirming the values of free markets, private property, privacy and freedom of speech are instrumental in growing the American economy and maintaining the dollar as the world’s reserve currency. A well-constructed US CBDC will support our pre-eminent economic position and reserve currency status.

At Paxos, we are modernizing the financial system with our regulated stablecoins so all American have access, with the right balance of oversight and privacy. Supporting growth and innovation with a US CBDC would facilitate the necessary upgrades to our financial infrastructure, reduce systemic risk, increase inclusion for all Americans and reinforce our values and the long-term position of the US dollar.

To the Committee, thank you again for the opportunity to provide my testimony.

About Paxos
Paxos is the leading regulated blockchain & tokenization infrastructure platform. It’s redefining financial markets by building prudentially regulated solutions that enable the instant movement of any asset to anyone in a trustworthy way. 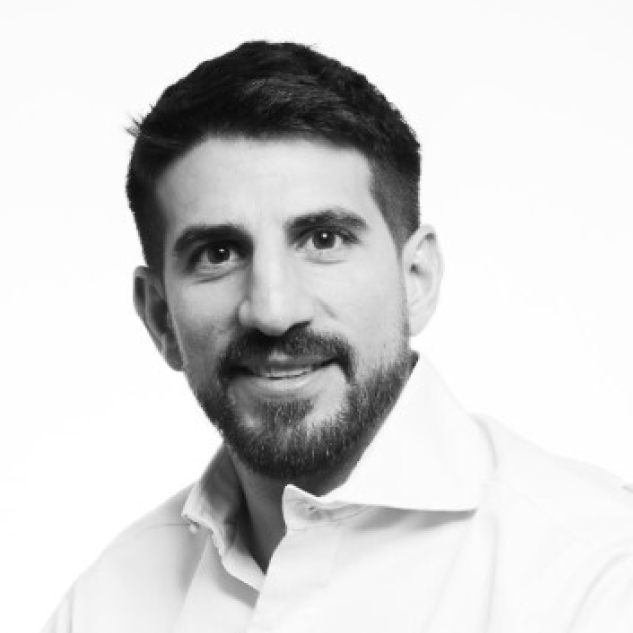 Charles Cascarilla is the CEO and co-founder of Paxos, a regulated blockchain infrastructure platform that enables the movement of all assets in a trustworthy way. With more than 20 years of experience in financial services, Charles has a unique perspective on integrating blockchain technology with traditional systems. He co-founded institutional asset management complex Cedar Hill Capital Partners in 2005 and its venture capital subsidiary, Liberty City Ventures, in 2012.